A Short Note on Community 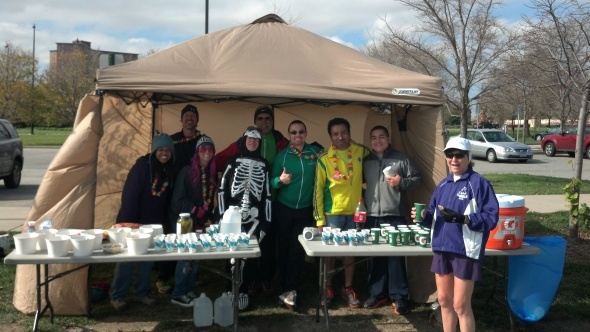 Most people who know me well wouldn’t flinch at describing me as a “loner”.  I grew up with six sisters, and, as the only boy, I spent a lot of time doing my own thing.  Not much has changed.

In fact, I learned early on in life that I have a transient, vagabond spirit.  Rather than fight it, I’ve just always learned to embrace that persona, even if it means enduring losses along the way.  This default demeanor has been a comforting crutch for the hours and hours I tend to spend in my own head, running roads, traversing trail.

But this mentality does not take away from my basic human desire to be a part of something — to be a part of a community greater than any one individual.  For most of my life I’ve been wandering, looking for that elusively small section of the planet that would make me whole.

As a runner, I have finally found it.

I am a part of something — something so great and so inspirational that it makes living every day as much a joy as it is an adventure.

This entry was posted on October 28, 2012 by therunfactoryblog. It was filed under Philosophy and was tagged with Chicago Lakefront 50, Community, New Leaf Ultra Runs, Ultrarunning, Volunteering.