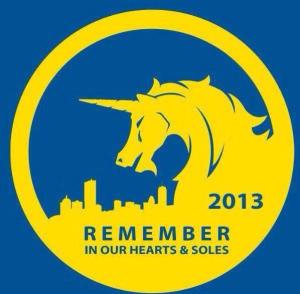 I’m more aware.  I’m more sensitive.  I’m more than grateful that my loved ones and I are alive and well.

Today, I should be celebrating my first Boston Marathon finish with friends and family over drinks and laughs.  I should be clinking glasses to mark overcoming a lengthy IT band injury.  I should be fist-bumping my pals to commemorate my very first negative split.  Instead, I find myself deeply saddened by yesterday’s tragic and cowardly acts.  I find myself questioning humanity, wondering how someone could be so evil and so spineless as to hurt such a mass of innocents on Patriots’ Day, a day that traditionally brings so much love and joy to New England and all those who choose to be in and around Boston to run the world’s most prestigious and historic marathon.

Today, like much of the world, I am in mourning.

“If you are losing faith in human nature, go out and watch a marathon.”

–Katherine Switzer, the first woman to run the Boston Marathon

Because of this mourning, and because so many families find themselves in pain today, I feel it would be insensitive and trivial to craft my typical first person progressive play-by-play race report.  At the same time, I think it would be equally insensitive to altogether forgo any writings on my experience, which is why I want to take a moment to applaud and recognize the people who really make the Boston Marathon such a world class event: the people of Hopkinton, Ashland, Framingham, Natick, Wellesley, Newton, Brookline and Boston.  These are the same people who cheered me on as I crossed the finish line, the same people now gone or severely injured.  These are the people who deserve our recognition: the good people of New England.

The minute I arrived in the Commonwealth, I was welcomed with friendly smiles and a never ending stream of “good luck at the race!”  The people of Boston know how serious the Boston Marathon is and they recognize the diligence and hard work necessary to even qualify for such an event.  They know that theirs is special and that to just participate requires tireless hours of perseverance and determination.  They know this.  They respect this.  And they go out of their way to make us runners, coming from all corners of the globe, feel special and welcome.

From the good folks at the expo and the people at the hotel, to the waitstaff at restaurants and strangers on the street, I couldn’t walk 50 meters without someone wishing me well on the upcoming race.  I was told prior to arriving that that would be exactly how I would be received, but I didn’t believe it until it actually happened.

Such welcoming arms made me feel special, made me feel comfortable.  I wanted to run well, not only for myself, but for all of those who welcomed me with such warm, open hearts.

During the race, I was even more surprised at how many loving supporters came out to cheer us on.  From the very beginning in Hopkinton, all the way up Route 135 and into Boston, I ran on the deafening cheers of happy, smiling strangers.  Thinking that I might need a boost of encouragement at some point during the race, I wore my singlet with my last name (Lung) sprawled across my chest.  Instead what I received was 26.2 miles of “Go, Lung!”, “Lookin’ good, Lung!” and “You can do it, Lung!”, an auditory pleasantry that, even now recalling this, brings tears to my eyes.

But perhaps what impressed me most about this race experience was the pure love and joy along the course evident by how many families were out, together, celebrating the marathon and all it represents as a metaphor for life.  I saw so many young children and so many packs of friends and family united together, taking part in what has always been a great day to commemorate the human spirit.

That contagious and joyous energy forced me to hug the left side of the course, where I incessantly fed off the endless support and continuous high-fives from strangers.  I ran most of the Boston Marathon without thinking about my legs because I didn’t have to.  I had the crowd to ride on.

My finish was truly special, something I will never forget.  I was told that once I saw the Citgo sign I would be on the home stretch.  I saw it and suddenly my fatigue disappeared.  I became another person.  I sped up.  I still had a couple of miles to go, so I tried to hold back the tears of joy coming in response to being on the cusp of finishing the World Series of marathons, but I knew it was coming and I was overcome with happiness.

When I came down Boylston, heading towards the finish, I made sure to take it all in.  The crowd noise was deafening, but I heard just enough “GO LUNG”s to really kick it up a notch.  In the last 385 yards, I smiled so big my cheeks hurt.  I was in complete awe of the finish line celebration — the grandstands, the waves of people, the copious amounts of LOVE.

To know that just an hour and a half later that exact location that provided me with such everlasting memories of love, triumph and joy would be a murder scene more heinous than one could ever imagine, makes me sad beyond description.  My heart aches for all of those families affected by this tragedy and I desperately wish I could take away their pain.

While there might not be much I can do to accomplish that exact sentiment, I am determined to rise up with my Boston brothers and sisters.  I have decided I will re-qualify for the Boston Marathon.  I will be back to show my love and support for the very city that was selfless in supporting me and my efforts.  I will smile more.  I will welcome strangers to my city.  I will tell my people I love them.

My dad and I were lucky to have been near Fenway Park, about a mile and a half away from the finish line when the blasts occurred.  We saw the bee line of state troopers on motorcycles fly by, but didn’t really know what was going on until we crossed the river and were in Cambridge heading back to our hotel when a kind Bostonian stopped us to let us know there had been some sort of attack.  The immediate fear and chaos forced us to stay in and watch the news all night, relaying to our friends and family back home that we were indeed safe as best we could.

“Boston is a tough and resilient town, so are its people. I’m supremely confident that Bostonians will pull together, take care of each other, and move forward as one proud city and as they do, the American people will be with them every single step of the way.”

Regardless of one’s political philosophy, the above statement is absolutely true.  I experienced the Bostonian spirit firsthand, and I promise I will experience it again.  We, as mindful human beings, will band together and we will always overcome the hatred of a few.

No amount of cowardice will ever stop that.

When I first took up running a few years ago, qualifying for the storied Boston Marathon seemed about as realistic as making out with Mila Kunis.  This seemed especially true after barely completing my first marathon in just under a grueling 4 hours.

Well, maybe it’s time to give Mila a call.

In eleven days, I will take my rightful place among the upper echelon of marathoners whose communal zenith rests atop the peak of Heartbreak Hill and reaches maximum dopamine levels somewhere along Boylston Street.  To say I’m excited about the impending experience would be quite an understatement.

Considering how hard I worked to get to this point, I decided to take some vacation time so I can really soak it all in.  Soon I’ll be heading to New York before making my way to Boston where my ultimate crew chief and number one fan (my dad) will meet me.

Despite my training leading up to this race being limited due to the ITBS issues I’ve been battling since late last year, I am still determined to have a great time, to be present throughout it all.  Instead of firing out of the gates hellbent on setting a personal best, I’ve decided to lay back into an easy, comfortable pace for the first half and decide from there whether or not going into a higher gear will be possible.  Recent efforts would suggest I should be able to run Boston somewhere around 3:20 to 3:30, but I really won’t know until race day.  If I am slower than that, that’s cool too, as long as I leave with a unicorn around my neck.

Considering how different this race plan is compared to all those I’ve run before, I think it will take more discipline and concentration than I’m used to.

But I’m always ready for a challenge. 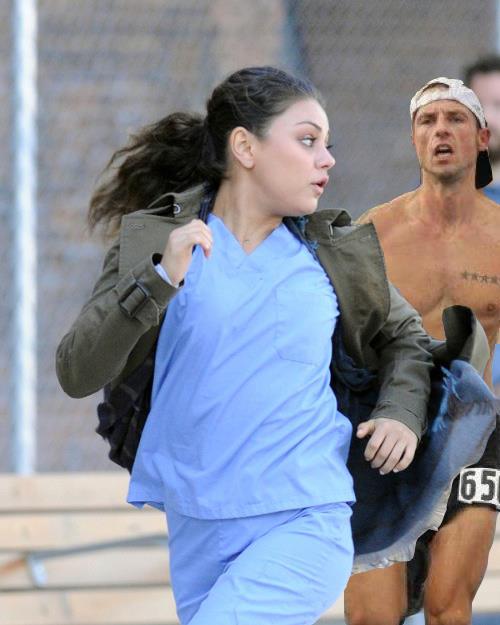