Rolling with the Punches and Conquering Dreams in 2015 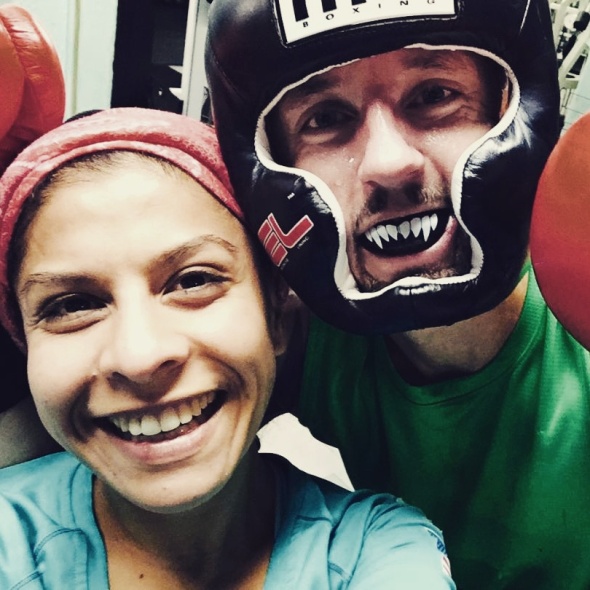 Edna and I at the gym, “training selfie”.

For someone who likes to plan things well in advance, 2015 is teaching me to live a bit more wildly. Generally, I like to begin the new year with a detailed race plan reflecting big picture goals and the individual steps I will take to achieve them. 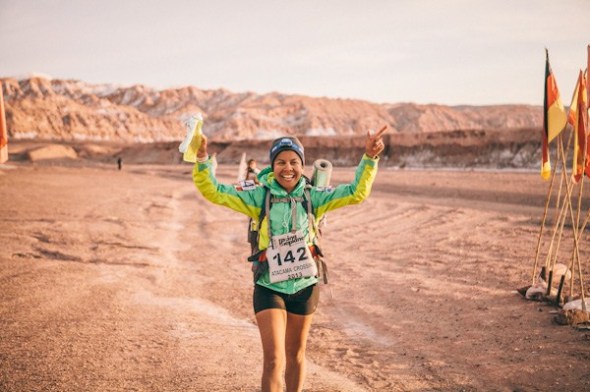 Edna, soldiering on with a smile, doing the best she can during the 250k Atacama Desert crossing, 2013.

So this year, while there are some solid plans in place, the two of us are both ready to adapt as necessary.

First up, Edna is preparing to complete her second of four desert crossings from the Racing the Planet 4 Desert series when she heads to Jordan, making the 250k trek across the Sahara Desert in March. In 2013, she successfully completed the Atacama crossing in Chile. Once she completes the Sahara, she’ll have the Gobi Desert (June) and Antarctica (2016) to complete the series, a feat she dreams to conquer.

She will. She trains hard. She works hard. Her resolve is as tested as it is indomitable.

While Edna runs across the Sahara, I will be bobbing and weaving, heaving 1-2s, as I compete in the 2015 Chicago Golden Gloves boxing tournament. While en route to completing my first hundred mile race, I knew that my next big test of my body and mind would be to compete at a higher level of boxing. This year’s tournament, March 4 through April 11, allows me to train hard during the winter months, doing something I love, indoors.

Thus far, the change has been very good for my body. I feel fresh. Fast. Powerful. I’m running still, but not much over 30 miles a week, and the intensity varies. In the coming days, I will go into more detail about how I train as a pugilist. As you might guess, having a big endurance engine and the ability to run, to deal with adversity, to suck up the pain, is extremely valuable.

I plan to capitalize on it. 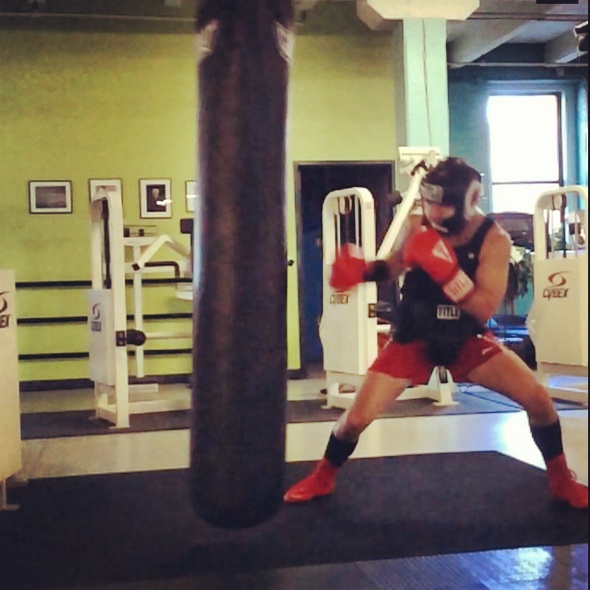 Then, once the fight game is over, I plan to go back to ultra training. The only race I’m signed up for right now is a return trip to the Christmas in July 24 Hour Race. Having come just 10k shy of the century mark in 2014, this year my goal is to run a 100 miles… PLUS! With the eye of the tiger, I will get it done.

Besides that, in order to keep my Western States lottery hopes alive, I need to complete another qualifying 100 mile race before the end of November. That’s something I will get done as well, even if I don’t have a plan at this moment.

Of course, the real fun in this year will be seeing where it takes me — where it takes us. We’re in it to win it now, striving to be the best we can be, for ourselves and for each other. Living in the moment and trusting in our training, we will no doubt find joy along the way.

***
Do you want lose weight and get stronger? Do you want to build that dream body, improve your race times or qualify for Boston? Go to Iron Lung Fitness and start training with me today!