The Awesomeness of Nothingness 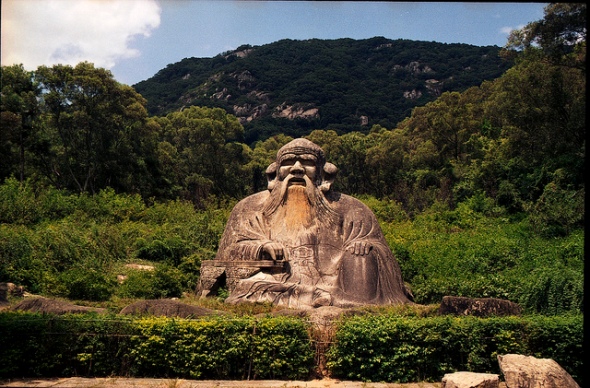 In college, I was fascinated with Daoist philosophy. In particular, the idea of action by way of non-action enchanted me. I was so taken with the concept that I chased the existential carrot all the way to its birthplace in China, and ended up spending several years there trying to figure it all out.

Though these were ideas I projected on my ideal self, I never really grasped what the philosophy was trying to say. I was never able to bear the fruits of practice because I was too overwhelmed by precariousness, status and “stuff”.

Many years have passed and thankfully, I can say I matured. I settled down. I chilled out.

Mediation, or the simple practice of sitting in comfortable silence, calming the mind, has improved my mental health beyond what I ever thought possible. So, if it works for the mind, it should work for the body, right?

After the Chicago Marathon, I took three full weeks off from running and instead focused on light strength workouts and the occasional sparring session. Once my heels started to feel better, I let myself run whenever I felt like it, for as long as I felt necessary, at whatever speed felt comfortable.

For the month of November, that philosophy translated to 2-3 short runs a week, with only one run over 5 miles the entire month. The result of this rest was an energized, healthy, eager me, ready to focus on the next big race.

I also dedicated a lot of my rest time to running without running. Volunteering, spectating, cheering. I own a bodacious cowbell. Staying involved within the community and being an active part of the success of others definitely helped rekindle my passion for the sport. Plus I got to make some new friends and see new places during the process. 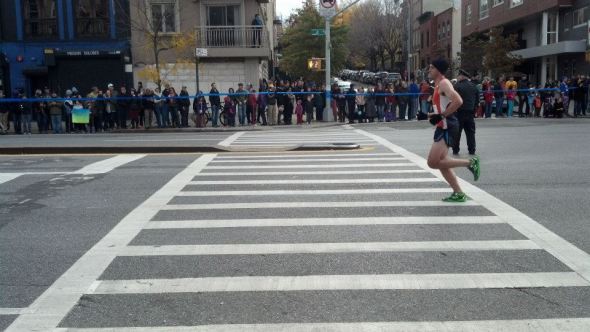 (Mile 7 of the NYC Marathon, Brooklyn)

This month I have begun to ease back into a familiar running routine, gradually building in distance and in speed, careful not to do too much too soon. So far, it is working. I feel great. I feel focused.

And I will begin training for the Boston Marathon in earnest on December 16.

The 2014 Boston friggin’ Marathon. Wow. The idea of running this historic race never loses its sexiness. And I think we all know that this year is going to be even more special.