“This race is worth it for the logo alone,” said my pal, Brandt as he held up the devil-horned, mud-splattered, red silhouette of the iconic Muddy Monk on a field of black.

We were getting ready to toe the line at the Wholly Hell 15k, a nice middle distance trail race put on by Art Boulet and his Muddy Monk trail race series.

“Yeah, it’s not every day you see a monk with horns like that,” I replied, eager to throw down 9+ miles so I could get to finish line and guzzle a few Finch’s beers — my ultimate target for the day.  In fact, the finish line feel at all of the Muddy Monk races is pretty spectacular: good beer, good food and most of all, good people.

It wasn’t long ago that I was yearning for some sort of trail running entity to take over the Chicagoland area — some sort of portal to the trailrunning world that didn’t require a minimum of 31 miles on your feet.  Sure, 5ks and half marathons take up plenty of space on the CARA race calendar, but what about short and middle distance trail races?  What about some options for those of us who like to get our running buzz on with a side of mud and a dash of DEET?

I met Art at the USOLE Trail Challenge last fall while hanging out with my ultrarunning friends.  A few weeks later a few of us volunteered at his Schiller Thriller 5k — a nice 3.1 mile trail run on what was for me a previously unknown trail system on the west side of Chicago.  Seeing how well received the race was, especially by those new to the trailrunning community, I decided I had to start showing up at more of these.

The Wholly Hell 15k at Palos’ Swallow Cliffs looked like an ideal race to run.

Even though I consider the Swallow Cliffs trails to be a home game venue for me, I was really surprised at how much single track was there, previously unbeknownst to me.  The course had us on and off the crushed limestone multi-track that I am familiar with, but a good chunk of the race was also on heavily canopied, luscious green single track, with plenty of opportunities to get dirty.

And get dirty I did!

I ran the whole race with my friend, Brandt, and our main goal was to beat Peter Sagal, host of Wait, Wait Don’t Tell Me on NPR.  This goal had no malicious roots at all; it was merely a better alternative to saying “I got beat by Peter Sagal”, something I have also said before.  In retrospect, I now know that both statements sound pretty cool to my fellow NPR nerd friends.

I first met Mr. Sagal at the USOLE race last fall, and again at the Paleozoic 25k.  When I saw he would be running the Wholly Hell 15k, I told Brandt we had to keep him in our sights.

Unfortunately for us, Sagal took off super quick and I didn’t think we would have a chance to catch him…

Until we did with just a couple miles left to go.

In passing, we shared a few words about our experiences at the 2013 Boston Marathon (his riveting piece on his day is well worth a read) before Brandt and I took off at our own steady 7:40ish pace.

Whether you are a road runner curious on mixing some more nature into your workouts or a veteran trail ultra runner looking for  some shorter distance options, the Muddy Monk trail running series is your ticket to exploring all that hides under the forested canopy Chicagoland can offer.

And did I mention there was good beer? 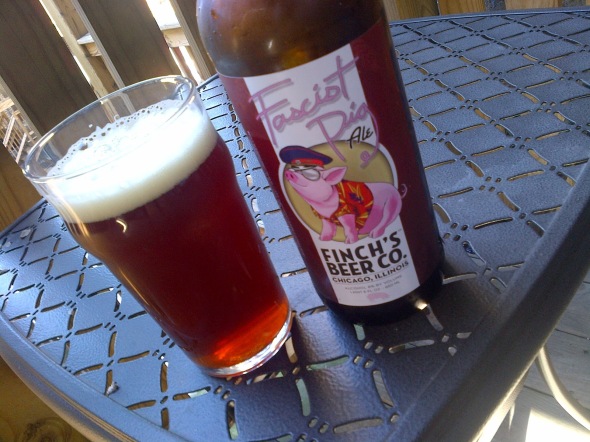 Trail Running Is Messy and So Is Life: The 2013 Paleozoic Trail Runs 25K Race Report

There was a time in my life when I would have done all I could to avoid any type of mess — either real-world or proverbial.

Then I became a runner.

Nowadays, mud spattered tights and mucus crusted gloves are as common for me as bloody nipples and permastink-laden technical tees.

Meh, so what. As long as I’m having fun, right?

And boy did I have some fun on Saturday, March 16, 2013 whilst gliding, sliding, hurdling and traversing the ever treacherous and never clean Paleozoic Trail Runs 25K race course at the nearby forest preserve of Palos Heights.  For me, the fun began before the race even started because I was at an event where I knew A TON OF PEOPLE!  Having been a part of the trail and ultrarunning community for a couple of years now, I really feel like a part of the family.  And that’s what the local New Leaf Ultra Runs group is to me: family.  We run together, we get dirty together, we laugh together.  That many smiling faces, firm handshakes and strong fist bumps is enough to make one’s day.  Running the race was just extra.

And, to be honest, it was a bit confusing as well, but there were many reasons for this.  As an inaugural event, I expected some obstacles outside of those offered by the freeze-to-thaw-to-freeze-back-to-thaw terrain.  There was some uncertainty about course markings (weather washed a lot of them away).  One of the aid stations wasn’t there when I got to it.  I had a guy running a few inches off my heels for three quarters of the race.  And I was trying to take it easy because a few days prior I aggravated my right ITB running intervals.

But I had a fantastic time in the cold, soupy weather, surrounded by good friends and warm community.  I’m going to skip my regular play-by-play reporting of this race because all of the confusion caused by my missing a turn, adding mileage where it shouldn’t have been and then stopping to scratch my head a few times sort of took me out of my normal thinking patterns and now when I think back to the race all I can remember is putting one foot forward through muddy muck with a great big I-don’t-know-where-the-heck-I-am-going smile on my face.

When I finished, my Garmin read 1:55:47, but only 14.29 miles, a bit short of the stated 25K (15.5 miles).  Upon further review, I missed a section near Bull Frog Lake but added some mileage on the east loop.  All in all, I was still tired when I finished and I crossed the line with a healthy ITB/knee.

And oh yeah, this time I beat Peter Sagal (maybe? I dunno, after my misguided route maybe I didn’t).  Still, I enjoyed chatting with him this go around, as he was quite lost too.  In fact, I think everyone was lost at one point or another.

But I will be back next year.  No doubt about it.

For an excellent recap on this race, check out Dan Solera’s entry, where I make a special cameo alongside everyone’s favorite beer racer, Otter.